Where We Came From

Scaffold Theatre was founded by Julie-Anne Liechty in 2017. The company originated from the advanced work of students in the Actors In Action Professional Actor Training, created by Ms. Liechty in 2015. With over thirty years of professional experience and having studied the methods of Constantine Stanislavski, Sanford Meisner, Uta Hagen, David Mamet, and others, Ms. Liechty developed her own acting technique which is taught exclusively at AIA. The specific and highly effective exercises and training methods developed by her streamlines the acting process, bringing a succinctness to the work and cohesiveness in her actors due to the fact that all AIA actors speak the same “language” of acting. This makes it possible to reach further and more quickly into the depths of great theatrical and film performances.

Scaffold Theatre was born from the need to have these specifically trained actors perform together.

Scaffold Theatre produces classical theatre in a modern, minimalistic setting, designed to ignite the audiences’ use of imagination and make these great works more accessible to the modern theatre goer.

We follow the lead of Shakespeare’s original company using minimal set, costumes, and props instead creating the world of the play primarily through our movement, voice and acting. This way of performing opens the door to the audiences’ imagination, creating a world far richer than what we could attempt to muster with ornate sets and costumes. We believe theatre is one of the only places such magic can exist and encouraging such experiences is our primary aim. 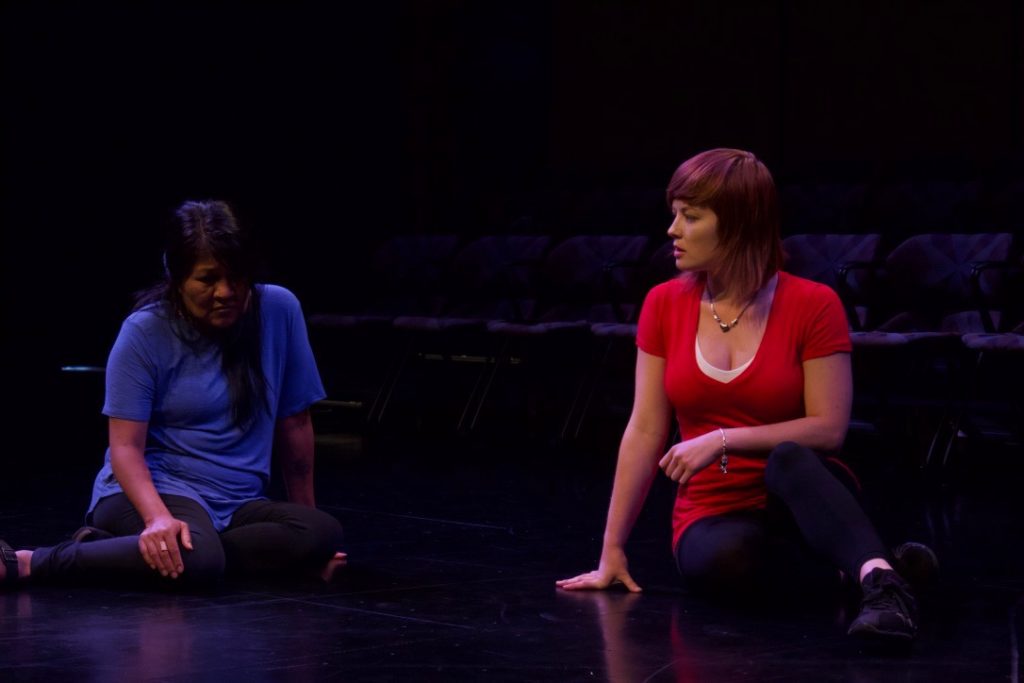 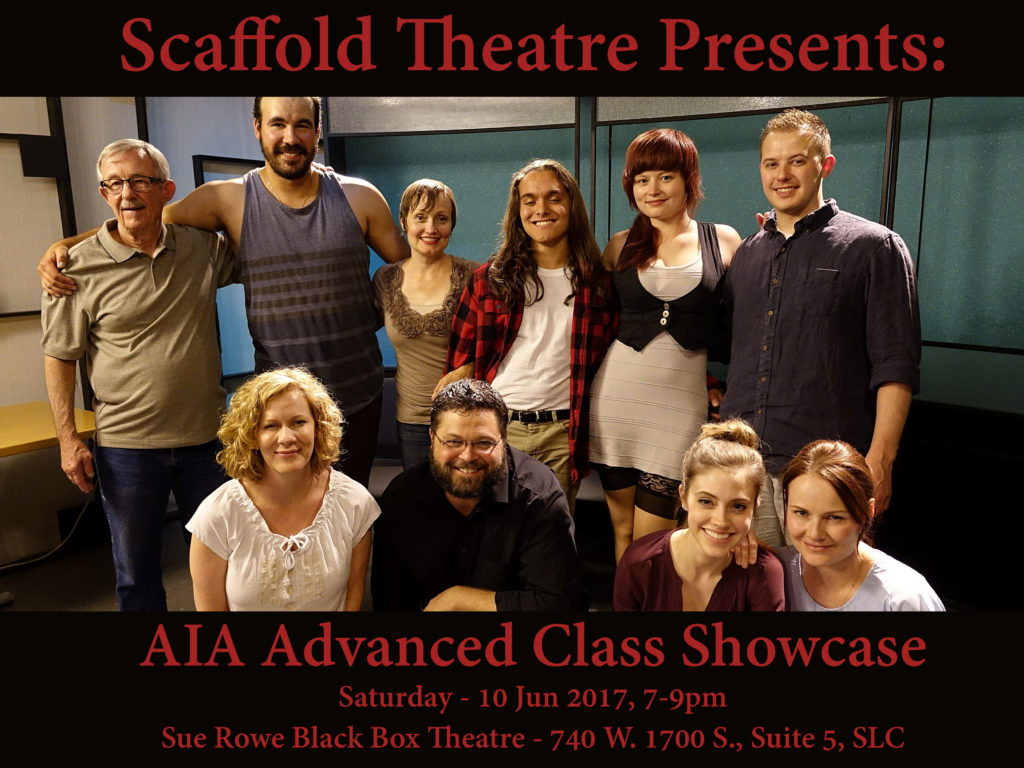 Our first performance was on 10 Jun 2017 at the Sue Rowe Black Box Theatre in Salt Lake City. The program included scenes from classic plays such as: A Moon for the Misbegotten by Eugene O’Neill, Hedda Gabler by Henrik Ibsen, Waiting for Lefty by Clifford Odetts, and also Shakespeare’s Othello and King Lear.

Unbeknownst to us, that night gave birth to what we now call “A Night of Classic Theatre”. These performances are given once or twice yearly and include scene work from classic plays.

Seven months later we had our next “showcase”, another night of classical scenes, including works by the same authors mentioned above as well as pieces by: Landford Wilson, John Steinbeck, and Anton Chekhov.

In August of 2018 we found ourselves performing “A Night of Classical Theatre” at the Regent Street Black Box Theatre, part of the Eccles Theatre in downtown Salt Lake. We were thrilled to be there as it is one of our goals to be the resident theatre company of the Black Box Theatre there.

Our program consisted of fourteen scenes from the following plays: Richard III, Macbeth, King Lear, A Midsummer Night’s Dream, and The Merchant of Venice by William Shakespeare, Desire Under The Elms, and A Moon for the Misbegotten by Eugene O’Neill, Of Mice And Men by John Steinbeck, Orpheus Descending by Tennessee Williams, The Death Of A Hired Man by Robert Frost, Glass Menagerie by Tennessee Williams, and The Madwomen Of Chaillot by Jean Giraudoux. 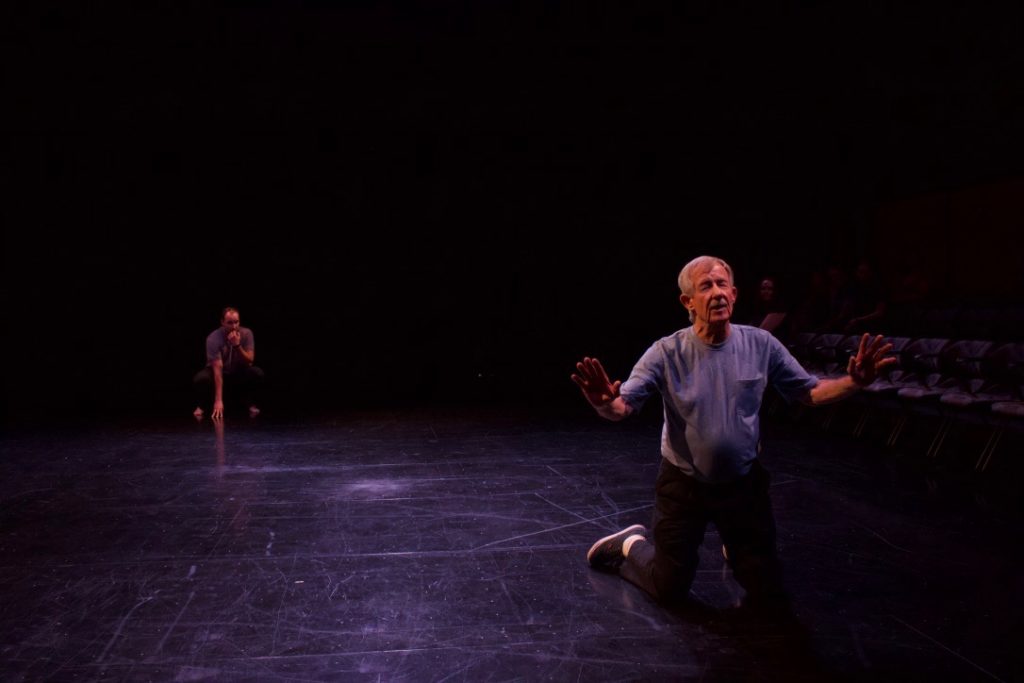 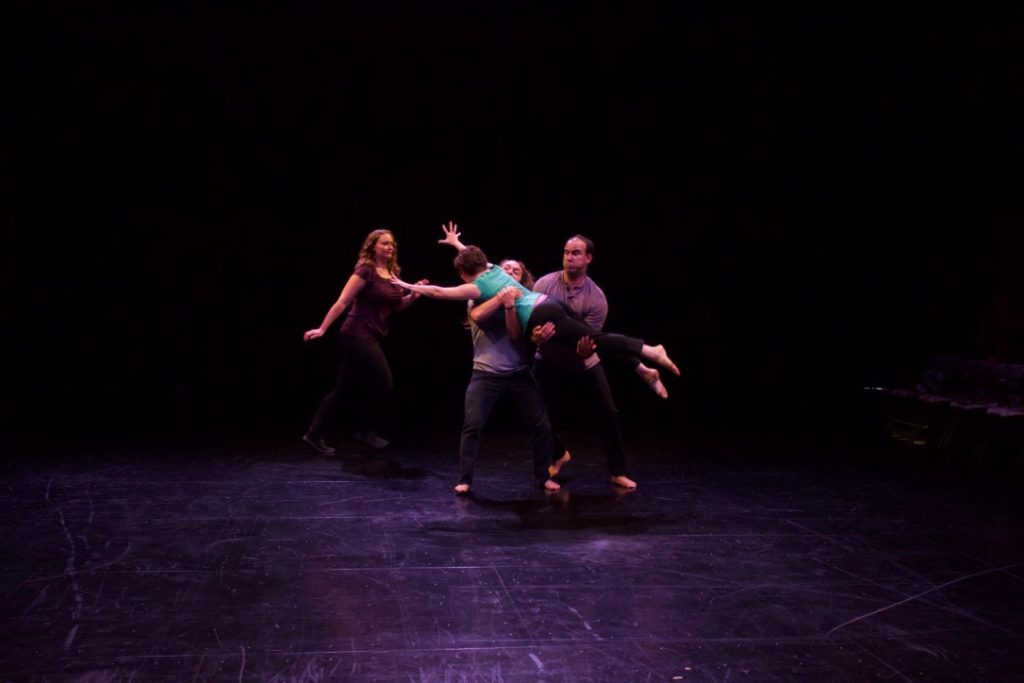 How We Got Our Name

In the play, Henry V, by Shakespeare, in the first prologue the Chorus speaks these indelible lines:

But pardon, and gentles all,
The flat unraised spirits that have dared
On this unworthy scaffold to bring forth
So great an object . . .

He (or she) continues the speech, enticing the audience to use their imaginations, turning what can only be presented as a “scaffold” of a story into a living, breathing adventure:

Piece out our imperfections with your thoughts . . .
Think when we talk of horses, that you see them
Printing their proud hoofs i’ the receiving earth.

What is more powerful than the imagination? And what better place than the theatre to wield that power? In Shakespeare’s time there was minimal use of props, costumes and sets. This lent to the actors using their bodies and voices to transport their audiences to faraway lands, massive battles, elegant castles with their Kings, Queens and courtiers. And it gave license for those “beholding the swelling scene” to “deck out imperfections with their thoughts”. For this exact reason we use minimal set, props and costume pieces. Our work presents the “scaffold” of the story, putting the focus on fine acting which in turn ignites the imagination of the audience. This choice is made to emphasize the acting and the dynamic relationships between characters in which sit the heart of a play. To us, that is what great theatre is all about. 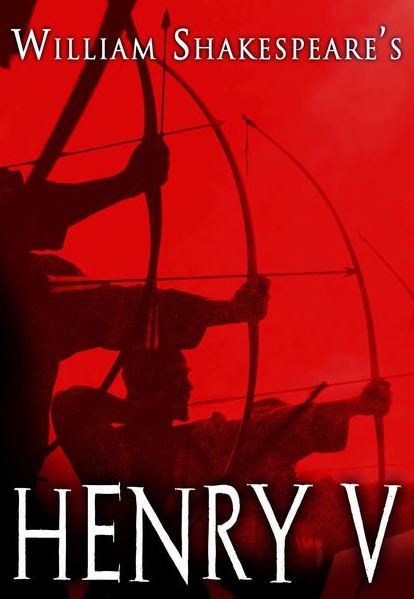 Our Casting Is Unique

Scaffold Theatre is committed to color-blind, gender-blind and age-blind casting. We do this in effort to find the most skilled actor for the role—avoiding “type casting”—which again allows the focus to be on the acting and strengthens the delivery of the play. We draw strictly from our pool of trained actors and do not hold auditions as traditional acting companies do. We are also committed to doing classical theater, ranging from the 1950’s through ancient Greek Theatre, including Shakespeare, Shaw, Ibsen, Beckett, etc. 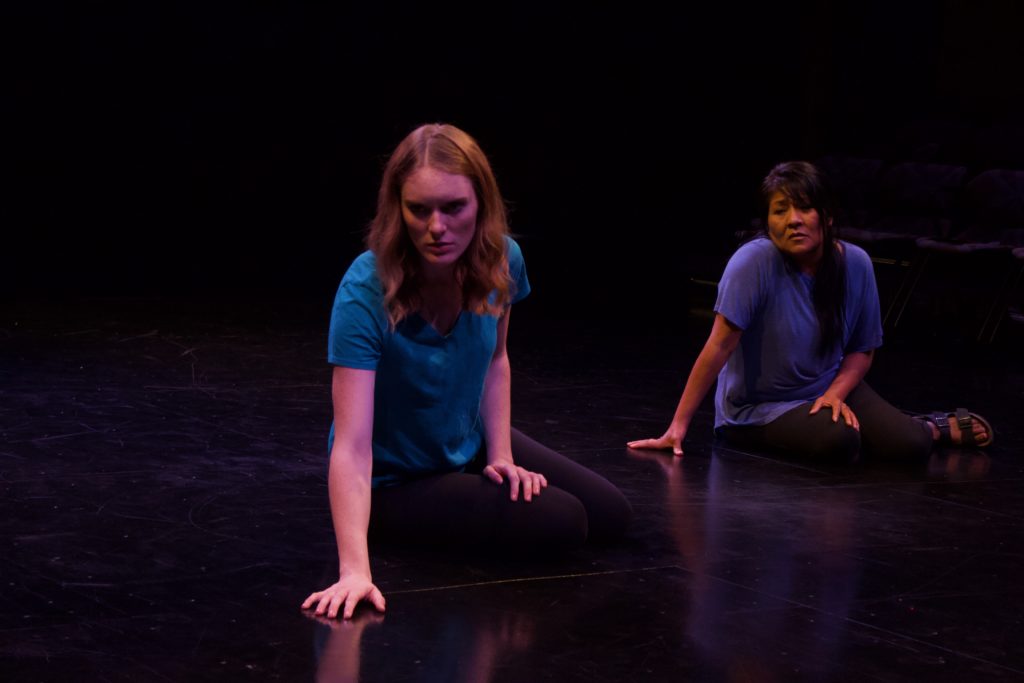 Where We Are Going

Our ultimate goal is to make Scaffold Theatre a company where we have a permanent pool of salaried actors from which to cast our productions. In Shakespeare’s time this was the norm for functioning acting troupes, but in modern times such entities are a rare exception. However, in the ballet and opera world, companies following this model abound. We look to reinstate this practice for theatre as well. 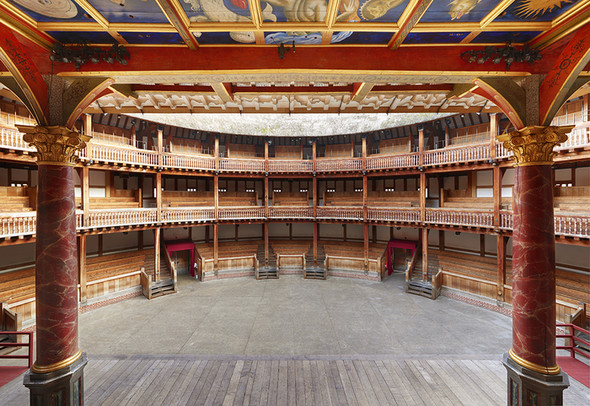 Our plans for the near future include “A Night of Classic Theatre”, June 13, 14, 15 at the Regent Street Black Box Theatre, and a possible production of Macbeth this October. We are also currently applying to be in the Great Salt Lake Fringe Festival with one of our original scripts, Amber:Alert, which deals with the teen suicide epidemic. 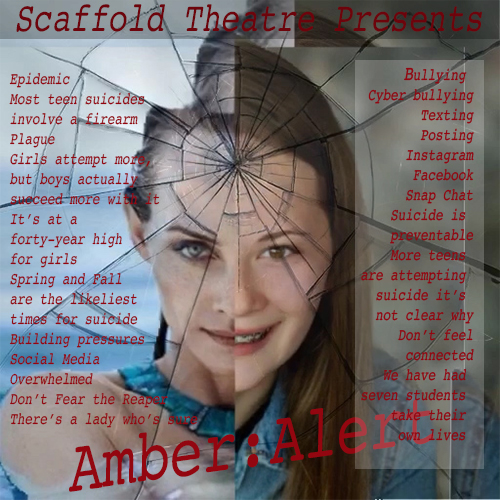